Geography, the Regions in a nutshell

The kingdom of Thailand lies in the heart of Southeast Asia, at the Gulf of Thailand or Siam, covering an area of 513,115 sq.km., roughly the size of France and slightly smaller than the US state of Texas. It is a natural gateway to Laos in the east along the Mekong river, Cambodia in the southeast, Malaysia down the Malay peninsula in the south, and Myanmar (Burma) in the northwest.

The contours of Thailand resemble an elephant's head, whose narrow trunk reaches down south. 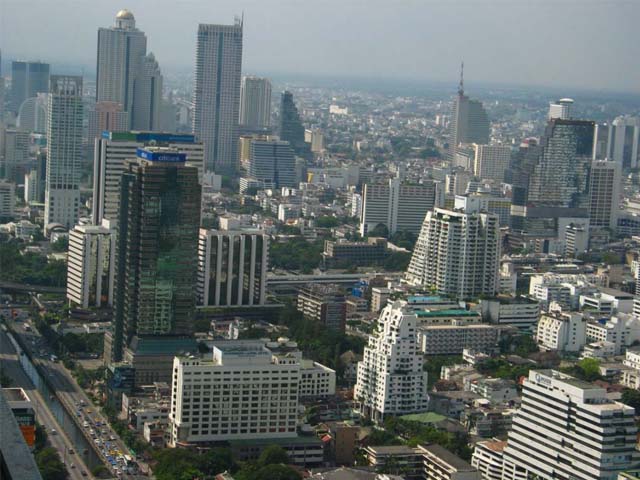 A birdseye view of Bangkok's skyline

Its shape and geography divide the country into four natural regions: the mountainous north with its fertile valleys; the vast rice fields of the Central Plains; the semi-arid farm lands of the northeast plateau, also called Isaan; and the tropical islands and long coastline of the peninsula in the south. The well developed Eastern Seaboard with Pattaya, Rayong and Koh Chang as well as Kanchanaburi in the west could be called sub-regions.

Although Bangkok is geographically part of the central plain, as the capital and largest city this metropolis may well be considered a separate region. The country's capital is situated near the 14th degree latitude, similar to Madras, Manila, Guatemala and Khartoum. From north to south the country measures approximately 1,860 km.

Each of the four geographical regions differs from the others in population, basic resources natural features and level of social and economic development.

Thailand's coastline offers numerous stunning beaches, rocky coasts and wetlands with a total length of 2,710 kilometres. Hundreds of islands are nestled along the coastline. Only a few of them are developed for tourism purposes. In the west the country is bordered by the Andaman Sea which is part of the Indian Ocean. In the center Thailand encircles the rather shallow Gulf of Thailand which is part of the South China Sea. 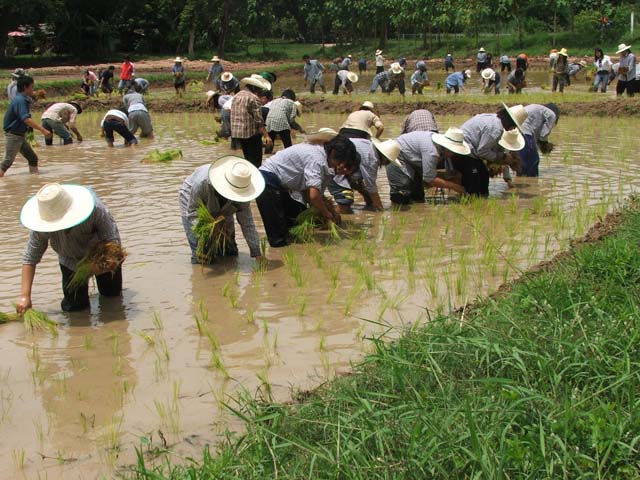 With a coastline of 2,710 kilometres, everyone should find the beach of his dreams

The high mountains of the north, the tail end of the Himalayas, reaching a top of 2,568 meters, are still covered by extensive rain forests and carved by steep river valleys. The northern highlands are bordering on the central area.

Several rivers, including the Nan, Ping, Wang and Yom, combine in the lowlands to form the Chao Phraya watershed. The fertile central area is able to sustain a dense population, more than fourfold per square kilometer, compared to the country as a whole.

The northeast, with its poor soils, is not particularly suited for agriculture. The region consists mainly of the dry Khorat Plateau and a few low hills. The short monsoon season brings heavy flooding to the river valleys. Unlike the more fertile areas of Thailand, the northeast has a long dry season, and much of the land is covered by sparse grasses. Mountains ring the plateau on the west and the south, and the Mekong delineates much of the eastern rim.

Considered the "heartland" of the country, the Central Plains are a natural self-contained basin, often termed "the rice bowl of Asia." The complex irrigation system developed for wet rice cultivation in this region has provided the necessary economic support to sustain the development of the Thai nation from the times of the thirteenth-century kingdom of Sukhothai to contemporary Bangkok. Here the rather flat unchanging landscape facilitates inland water and road transport. Metropolitan Bangkok, the focal point of trade, transport and industrial activity, is situated on the southern edge of this region at the head of the Gulf of Thailand and includes part of the delta of the Chao Phraya river system.

The south, a narrow peninsula, is distinctive in climate, terrain and resources. Its economy is based on rice cultivation for subsistence and rubber production for industry. Other sources of income include coconut plantations, tin mining and tourism, the latter being particularly lucrative on Phuket and Samui islands. North-south mountain barriers and impenetrable tropical forests caused the early isolation and separate political development of this region. International access through the Andaman Sea and the Gulf of Thailand made the South a crossroads for both Theravada Buddhism, centered at Nakhon Si Thammarat, and Islam, especially in the former sultanate of Pattani on the border with Malaysia. 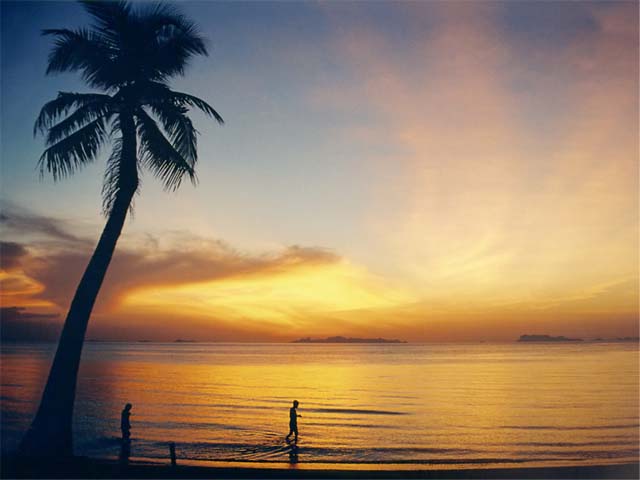 Spectacular sunset on Koh Samui - One good reason to travel to Thailand.

Thailand's south is a crossroads of Theravada and Islam

During the early 1960s more than 50 percent of the country was covered by forest, however, in 1997 this had declined to only 20 percent. The increasing demand for timber as a resource for industry, as well as development projects and agricultural production for export have all contributed to the clearing of the forests.

After Thailand had to give up approximately 120,000 sq.km of its territory due to pressure of the former colonial powers France and England, it became necessary to reform the boundaries and the administration of the country. In 1897 King Chulalongkorn (Rama V) initiated a land and administrative reform that is still valid today. The country comprises 76 provinces (changwat) which are further divided into districts (amphoe), sub-districts (tambon) and villages (moo baan). Bangkok is the capital city and centre of political, commercial, industrial and cultural activities.